The Global Organic Textile Standard (GOTS) is a worldwide standard for the processing of textiles made from biologically produced natural fibers.

Aim was and still is to realise a harmonised and worldwide recognised standard and test method for organic textiles. 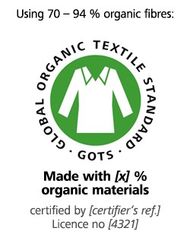 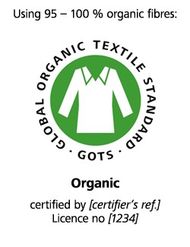 The GOTS standard defines requirements for the entire textile production chain and thus covers production, manufacture, packaging, labeling as well as trade and distribution. The textiles must consist of at least 70 percent of certified organic natural fibers.

Meanwhile, the IWG has revised and developed the standard several times. In March 2017, the GOTS version 5.0 became effective. The transition period  from GOTS 4.0 to GOTS 5.0 amounted to a year’s time and had to be implemented by March 1, 2018 (see also news).

The certification is carried out by the non-profit Global Standard GmbH.

For GOTS label the following products can be tested by eco-INSTITUT*:

*Please note: GOTS label is not awarded by eco-INSTITUT itself. eco-INSTITUT is approved GOTS testing lab and authorised to perform tests following the GOTS criteria.

Overview about relevant changes from version 4.0 to 5.0

eco-INSTITUT is your partner for: